The findings are important because antibiotic-resistant infections will kill about 230 million people by 2050 and cost the global economy $100 trillion, according to Review on Antimicrobial Resistance, a report commissioned several years ago by the U.K. prime minister.

Because bacteria mutate frequently and exchange genetic information readily with other bacteria, antibiotic-resistant variants that cannot be treated with conventional medicines could spread rapidly. This new research from Prof. Prashant Nagpal of University of Colorado, Boulder’s Department of Chemical and Biological Engineering promises to give doctors a new way of preventing those antibiotic-resistant bacteria from spreading.

“Bacteria are probably one mutation away from spreading quickly, and we want to conquer them before that happens,” Nagpal said.

Nagpal and his colleagues are studying ways to kill antibiotic-resistant microbes using very small nanoparticles called quantum dots. The dots are often found in high-end television displays because they emit very precise and pure wavelengths of light when excited by a current.

But Nagpal’s quantum dots work differently. Instead of emitting light, they release energized electrons that can initiate chemical reactions when bathed with green visible light. By engineering the composition and size of the quantum dots, Nagpal controls the energy of the electrons they emit. By controlling electron energy, Nagpal can choose exactly which chemical reactions to initiate.

When activated inside cells, the quantum dots react with oxygen molecules (O2) and water to produce charged—and highly reactive—oxygen species, such as hydroxyl radicals, singlet oxygen, and superoxide, an oxygen molecule (O2) with an extra electron that gives it a negative charge. These reactive radicals zip around cells, damaging DNA, proteins, and cell walls. Some researchers have tried to use quantum dots to generate reactive oxygen in order to kill bacteria and cancer cells. Unfortunately, reactive oxygen species also harm healthy cells.

Nagpal solved this problem by cutting down the amount of quantum dots he delivered and teaming them with conventional antibiotics. The lower levels of reactive species produced by the quantum dots did less damage to the body’s cells, but weakened the bacteria enough for the antibiotics to kill it.

The strategy works because animal cells naturally create and use superoxides as part of their everyday processes. These cells already contain antioxidant molecules and proteins to keep superoxide concentrations at safe levels. Bacteria tolerate less superoxide than human cells, Nagpal explained.  If the quantum dots entered healthy human cells, the amount of additional superoxide would not be enough to harm them.

The researchers synthesized 3-nm cadmium telluride quantum dots to make only superoxide. They absorbed visible light, exciting some electrons with 2.4 eV of energy. This was just enough energy to convert oxygen molecules to superoxide, rather than producing a variety of reactive oxygen species inside a cell. After obtaining four antibiotic-resistant strains of bacteria from patients at hospitals in Colorado, they treated the cells with varying concentrations of the quantum dots and five individual antibiotics.

The researchers shined green visible light on their array of mixtures to activate the quantum dots, then measured how much the bacteria grew eight hours after the treatment. In more than 75 percent of the antibiotic-nanoparticle combinations, the researchers found that the treatment reduced cell growth. In some cases, the quantum dot-antibiotic combination was so effective it took only one-thousandth of the standard antibiotic treatment to inhibit bacterial growth.

The mixtures with the lowest concentrations of either nanoparticles or antibiotics did the poorest job or failed entirely to reduce bacterial growth, Nagpal said.

Next, the researchers wondered if shining light on skin would be a way to activate the quantum dots to generate superoxide. Knowing the amount of green light needed to produce a given flux of superoxide, the researchers estimated how deep into the skin that much light could travel. They found that the green light penetrated 1 to 2 cm into the skin, deep enough for the combination of quantum dots and antibiotics to help treat skin and burn infections.

The researchers are now designing quantum dots that absorb near infrared light, which penetrates deep into the skin. They are also exploring quantum dots made without heavy metals and using materials that are already FDA approved, to move the nanoparticles closer toward testing in preclinical and clinical trials.

Melissae Fellet is a science writer based in Missoula, MT 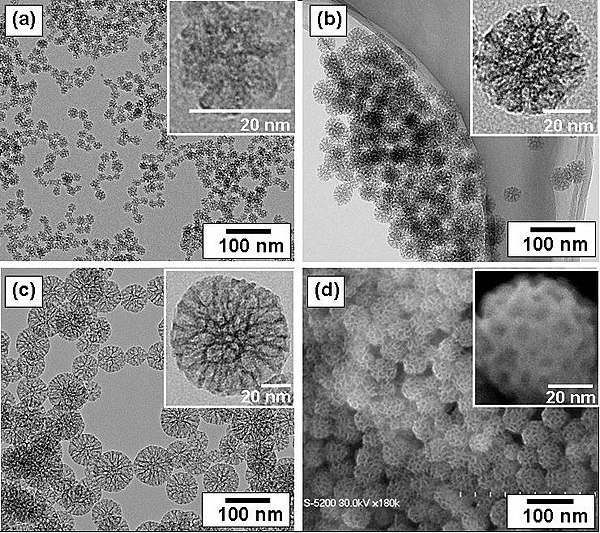